In Vivo Evaluation of 18F-SiFAlin–Modified TATE: A Potential Challenge for 68Ga-DOTATATE, the Clinical Gold Standard for Somatostatin Receptor Imaging with PET

Radiolabeled peptides for tumor imaging with PET that can be produced with kits are currently in the spotlight of radiopharmacy and nuclear medicine. The diagnosis of neuroendocrine tumors in particular has been a prime example for the usefulness of peptides labeled with a variety of different radionuclides. Among those, (68)Ga and (18)F stand out because of the ease of radionuclide introduction (e.g., (68)Ga isotope) or optimal nuclide properties for PET imaging (slightly favoring the (18)F isotope). The in vivo properties of good manufacturing practice-compliant, newly developed kitlike-producible (18)F-SiFA- and (18)F-SiFAlin- (SiFA = silicon-fluoride acceptor) modified TATE derivatives were compared with the current clinical gold standard (68)Ga-DOTATATE for high-quality imaging of somatostatin receptor-bearing tumors.

METHODS:
SiFA- and SiFAlin-derivatized somatostatin analogs were synthesized and radiolabeled using cartridge-based dried (18)F and purified via a C18 cartridge (radiochemical yield 49.8% ± 5.9% within 20-25 min) without high-performance liquid chromatography purification. Tracer lipophilicity and stability in human serum were tested in vitro. Competitive receptor binding affinity studies were performed using AR42J cells. The most promising tracers were evaluated in vivo in an AR42J xenograft mouse model by ex vivo biodistribution and in vivo PET/CT imaging studies for evaluation of their pharmacokinetic profiles, and the results were compared with those of the current clinical gold standard (68)Ga-DOTATATE.

CONCLUSION:
The introduction of the novel SiFA building block SiFAlin and of hydrophilic auxiliaries enables a favorable in vivo biodistribution profile of the modified TATE peptides, resulting in high tumor-to-background ratios although lower than those observed with (68)Ga-DOTATATE. As further advantage, the SiFA methodology enables a kitlike labeling procedure for (18)F-labeled peptides advantageous for routine clinical application. 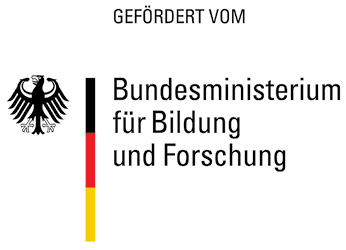